Year three recently wrote and sent letters to the prime minister, Boris Johnson, about the deforestation of the rainforests. They were very excited as they have received an official response from 10 Downing street. Take a look at the response and some examples of the letters they wrote! 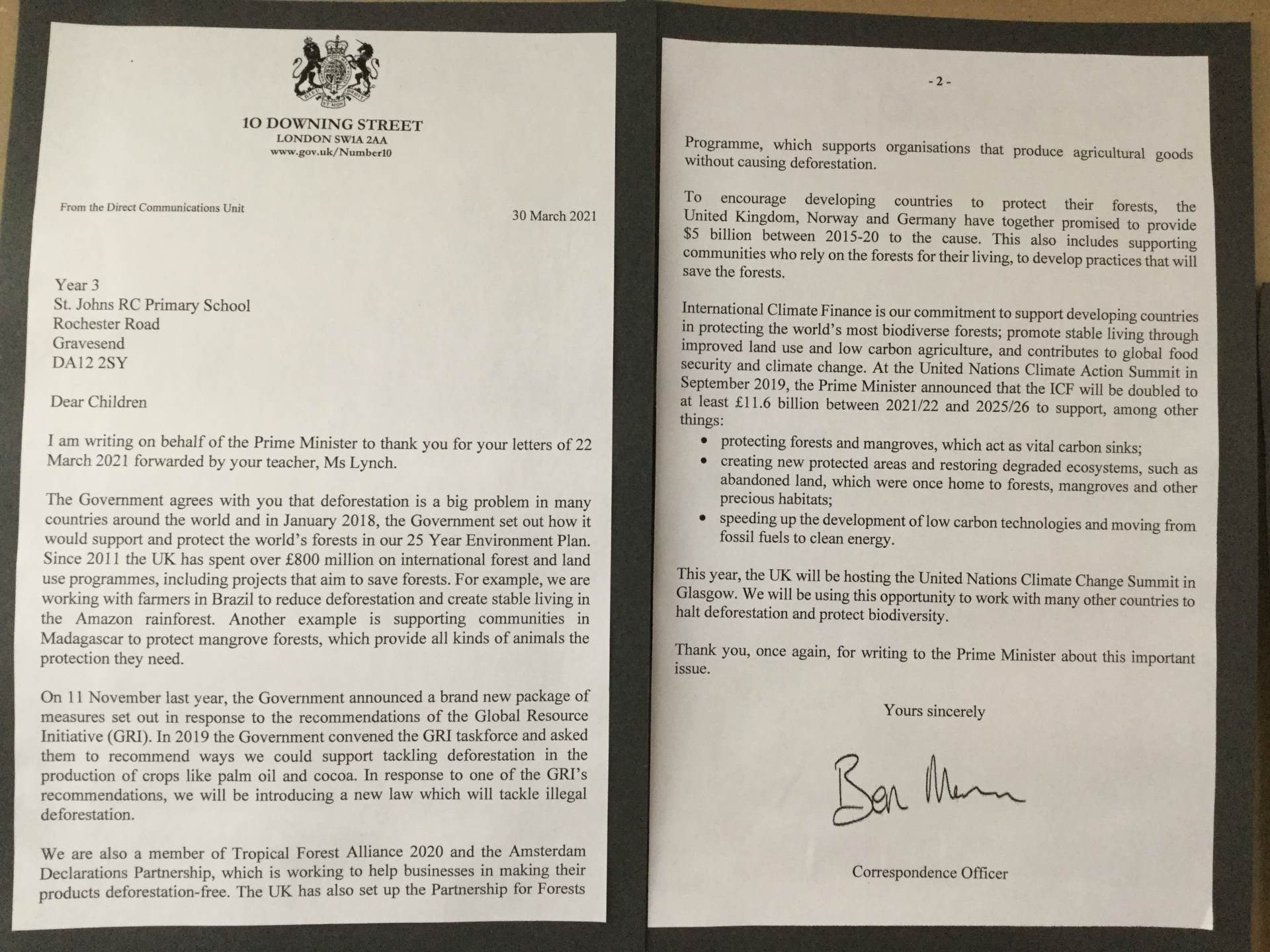